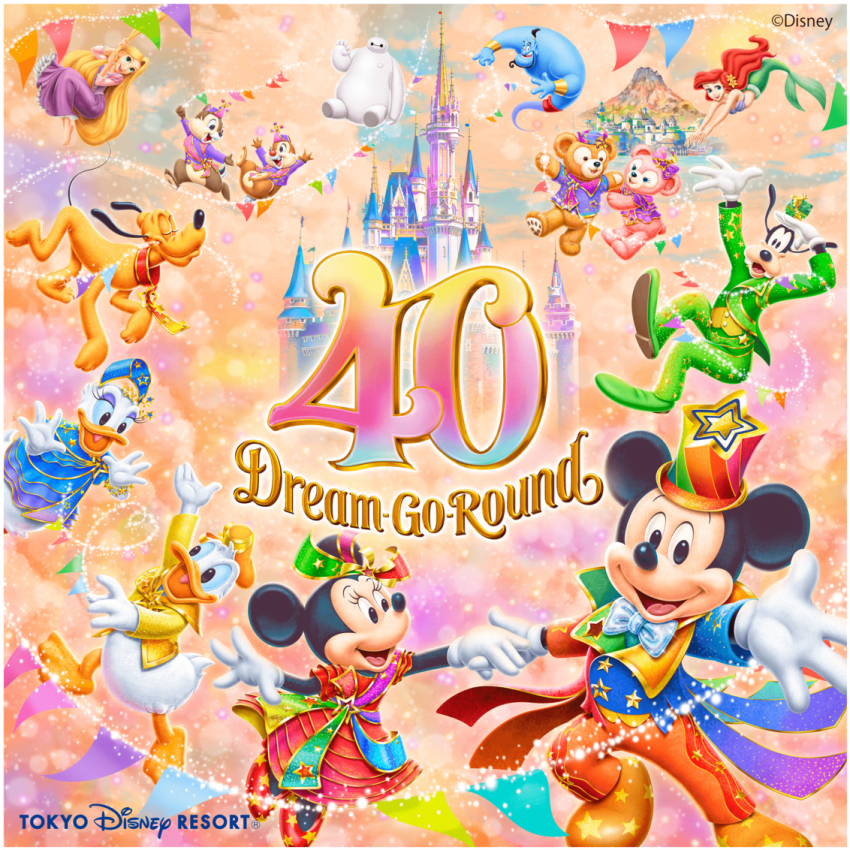 Tokyo Disneyland Resort said “Dream-Go-Round represents the happy moments that countless guests have experienced throughout the years at Tokyo Disney Resort. Where Dreams Come True. During this commemorative year at the Resort, the dreams of guests, cast members and Disney friends come together to celebrate the 40th anniversary in grand fashion.” ~ Tokyo Disneyland

The Resort announced that starting on April 15, 2023, at Tokyo Disneyland Park a new Daytime parade called Disney Harmony In Color will be replacing Dreaming Up.

Tokyo Disneyland said that the parade will be “Entering a harmonious world of vibrant colors, Guests will first be greeted by Tinker Bell as the parade opens, followed by many other delightful character friends from popular Walt Disney Animation Studios films such as Zootopia, Moana and Wreck-It Ralph, and Disney and Pixar films like Coco, appearing on colorful floats full of fun. In the finale, Mickey Mouse and his friends appear, inviting guests to a world of colors and harmony.” ~ Tokyo Disneyland Resort

They also said that the whole resort including Tokyo Disneyland Park & Tokyo Disneysea will receive special decorations which will commemorate the 40th anniversary of the Resort. There will also be new exclusive merchandise to celebrate as well as new food & beverage items just for the occasion.