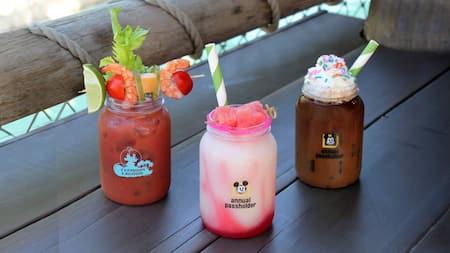 On select Thursdays & Sundays in October Passholders will receive special perks at Disney’s Typhoon Lagoon Water Park. The first perk is that passholders will be able to get into the park 45 minutes before all other guests, they will also get one complimentary towel per passholder.

There will also be 3 new exclusive passholder drinks. Passholders can find the following beverages at High n’ Dry:

Passholders who don’t have the Water Park entitlement on their Annual pass can take advantage of specially priced 1-Day Water Park Tickets for just $49 plus tax.

Valid admission to Disney’s Typhoon Lagoon water park is required. Passholders must present a valid Annual Pass and a valid photo ID to enter early and receive special benefits at the park.