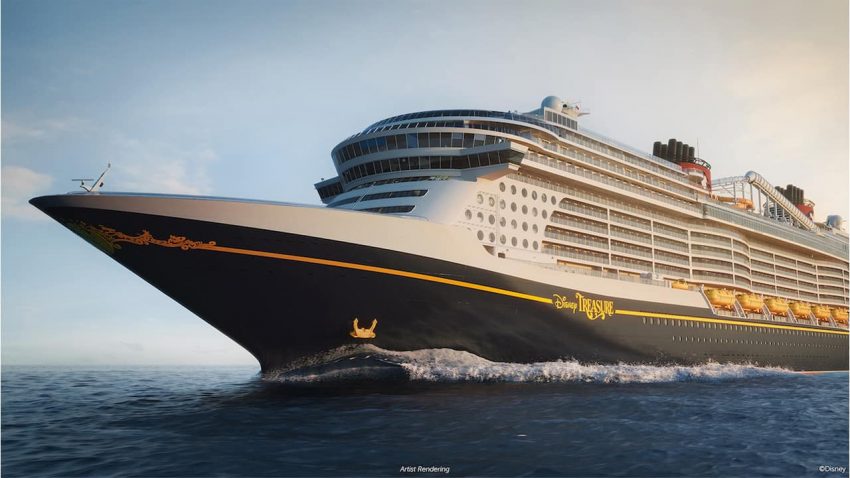 Today at the Disney Parks Panel, Parks Chairman Josh D’Amaro announced some more details about the next Disney Cruise Line Ship. Josh revealed that the next ship would be called Disney Treasure. The Disney Treasure will set sail in 2024.

The Grand Hall is inspired by the grandeur and mystery of a gilded palace, drawing on real-world influences from Asia and Africa, and paying homage to the far-off land of Agrabah. At the center, the signature statue will feature Aladdin, Jasmine and their Magic Carpet.