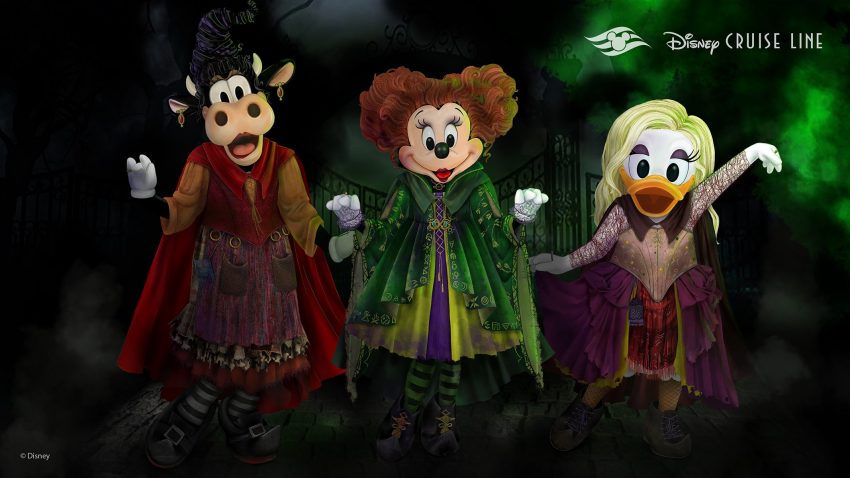 Today, Disney announced that Minnie Mouse, Daisy Duck, and Clarabelle Cow will be appearing at Oggie Boogie Bash dressed as the Sanderson sisters this year. We first saw these new costumes when they were announced to be coming to the Disney Cruise Line Ships for Halloween On The High Seas.