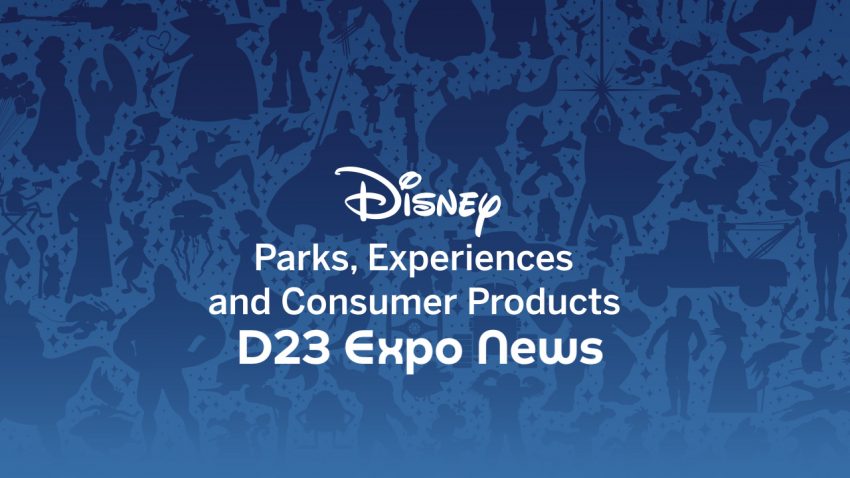 Happily Ever After Is Coming Back In 2023

Next year, the popular anthem “Happily Ever After” will play again when an updated nighttime spectacular returns to light up the skies over Cinderella Castle at Walt Disney World Resort in 2023.

At Disneyland Paris, as part of the grand finale of the 30th Anniversary celebration, a new stage show, “Pixar: We Belong Together,” will debut next year in Walt Disney Studios park.

Executive Producer and Disney Legend Jon Favreau joins Josh on stage to help share a first look at the Mandalorian and Grogu before they begin encountering guests inside Star Wars: Galaxy’s Edge at Disneyland Park beginning in mid-November!

Marvel Studios President Kevin Feige also makes a special appearance and shares the exciting update that the Incredible Hulk will be appearing in Avengers Campus in his Quantum Suit at Disney California Adventure Park beginning next week!

JUST ANNOUNCED – Avengers Campus at Disneyland Resort will head into the Multiverse with a third attraction with a brand-new story!  When joining battle with the Avengers, you never know what foes you’ll face from anywhere and everywhen

Pacific Wharf will Be Reimagined As San Fransokyo

Also at Disney California Adventure park, Pacific Wharf will be reimagined as San Fransokyo from the Walt Disney Animation Studios film “Big Hero 6,” and feature a place to meet Baymax as well as new spots to eat and shop.

Progress is continuing on the reimagining of the Paradise Pier Hotel to Pixar Place Hotel. Josh says Pixar Place Hotel will be a place where you’ll feel as though you’ve stepped into a Pixar art gallery featuring new interpretations of favorite Pixar pals.

RunDisney Races Will Return To Disneyland Resort In 2024!

BREAKING – runDisney races will return to Disneyland Resort in 2024!

At Disneyland park, Mickey and Minnie’s Runaway Railway will invite guests into a cartoon world where toon rules apply, and Mickey’s Toontown will step into a new era of inclusive experiences for families of all ages when it opens in early 2023.

Also, by the end of next year you’ll get the chance to meet Figment once again!  Fan-favorite character Figment will appear to meet park guests by the end of 2023.

Journey of Water, Inspired by Moana will open in late 2023

Journey of Water, Inspired by Moana will open in late 2023, inviting guests to follow the story of water on the planet, inspired by Moana’s connection to the ocean.

EPCOT’s multi-year transformation Will Be Complete In Late 2023

Also, the next major milestone in EPCOT’s multi-year transformation will include the completion of the World Celebration neighborhood in late 2023, featuring a new statue of Walt Disney called “Walt the Dreamer.”

Harmonious Is Set To End & A New Show Is Coming

Hatbox Ghost will materialize in 2023 At Magic Kingdom Park

At the Haunted Mansion, the Hatbox Ghost will materialize in 2023 in Magic Kingdom Park at Walt Disney World Resort!

TRON Lightcycle Run Will Open In 2023

TRON Lightcycle / Run will invite guests to enter the Grid in spring 2023.

BREAKING: The sixth ship in the Disney Cruise Line fleet, the Disney Treasure, will set sail in 2024.

Imagineers have dreamed up a new design concept inspired by the theme of adventure, celebrating Walt Disney’s lifelong love of exploration. The Grand Hall is inspired by the grandeur and mystery of a gilded palace, drawing on real-world influences from Asia and Africa, and paying homage to the far-off land of Agrabah. At the center, the signature statue will feature Aladdin, Jasmine and their Magic Carpet.

Australia and New Zealand during limited-time cruises In 2023

For the first time, Disney Cruise Line is bringing the magic of a Disney vacation to families and fans in Australia and New Zealand during limited-time cruises that immerse guests in Disney, Pixar, Marvel and Star Wars stories beginning in late October 2023.

In the Bahamas, progress continues on a beautiful new island destination at Lighthouse Point, which will bring the natural beauty and rich culture of the Bahamas to life for Disney Cruise Line guests.

This new destination is inspired by the stories of the Bahamas!

Mickey’s favorite teddy bear, Duffy, is a favorite of fans in all three Disney resorts in Asia.  Josh just shared that Duffy & Friends will star in their very own six-episode, stop-motion animated series on Disney+ next year.

World of Frozen will open in 2023 at Hong Kong Disneyland

World of Frozen will open in the second half of 2023 at Hong Kong Disneyland – the first of three Frozen-themed areas coming to international Disney parks.  World of Frozen – inspired by Walt Disney Animation Studios’ stunning films – will blend Arendelle with the park’s natural landscapes on Lantau Island.

Also at Disneyland Paris, a new “Tangled”-themed family attraction will join the new gardens leading into the new “Frozen”-themed land.

Beginning in 2024, Space Mountain at Tokyo Disneyland will undergo a transformation that will bring a new story and experience to the iconic attraction.

World of Color – One Is Comign Soon To Disney California Adventure

World of Color – One at Disney California Adventure will span the broad storytelling legacy of Disney’s first 100 years and tell a new story through Disney classics and new favorites.

Wondrous Journeys Will Debute At Disneyland Park In 2023

Wondrous Journeys” at Disneyland park will ignite the wonder in everyone and feature nods to all 60 Walt Disney Animation Studios films to date, taking viewers on a journey filled with artistry, music, storytelling and heart.  The show will feature a new song called “It’s Wondrous.

Magic Happens Is Coming Back

Special entertainment moments will also pop up across the resort, including the long-awaited return of the “Magic Happens” parade in spring.