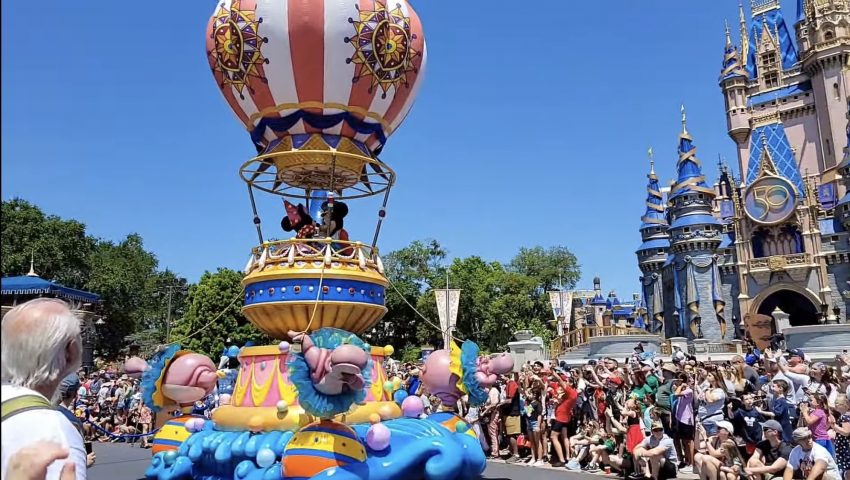 It seems that characters couples have returned to Disney’s Festival Of Fantasy Parade in the last few days. This is because yesterday was the return of traditional meet and greets which means that characters no longer have to distance themselves from one another.

The lead float now contains character couples instead of just single characters as was the case when the parade returned. The Beast, Prince Charming, Naveen, and Anna have all returned to the lead float.

On the final float, Minnie Mouse has now rejoined Mickey Mouse on top of the hot air balloon float.

Thank you to Nick from MagicalNewsLive for allowing us to use these images from his Livestream.