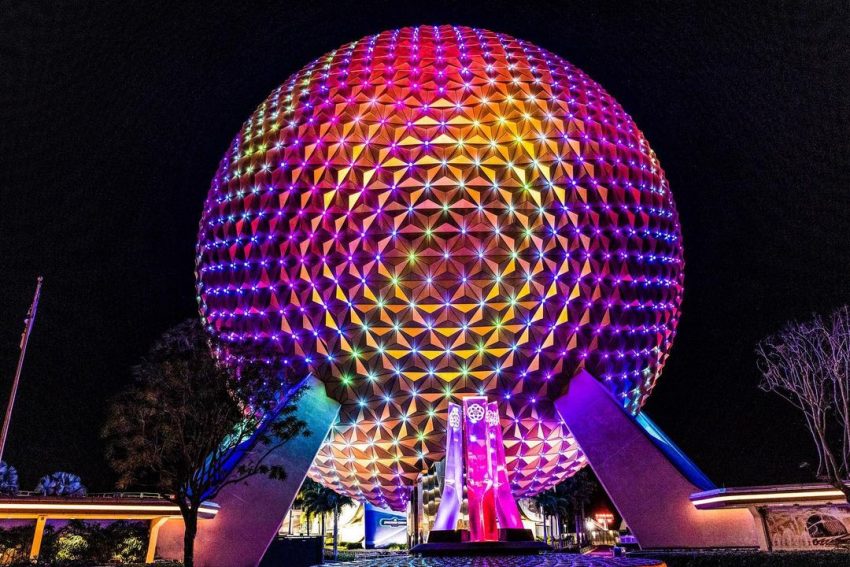 Disney Imagineer Zach Ridley has just announced that a Pocahontas-themed show will play on Spaceship Earth during the 2022 EPCOT International Flower and Garden Festival.

Since October and the launch of Walt Disney World’s 50th Anniversary, Spaceship Earth has come alive as a “beacon of magic” each evening with new lighting, music and emotion that is unique to this park. As new festivals open, Imagineers have had fun creating new limited time sequences that tie to the spirit of each festival and the spirit of EPCOT in stunning and poetic moments never before possible on this grand icon.

I am excited to announce that tonight we are premiering another of these new sequences to kick off the launch of EPCOT International Flower and Garden Festival!

Our Imagineering team set this stunning new sequence to the Academy-Award winning song “Colors of the Wind” from the 1995 Walt Disney Animation Studios film “Pocahontas”. The orchestral variation of this song was chosen for its message of intrinsic value and respect for beauty of nature and living things – with new visual flourishes that evoke the musical scene from the film with techniques entirely original for Spaceship Earth.

Keep a look out for a few homages for fans who know the film and the song well. We also have – for the first time – Spaceship Earth will glimmer in vibrant greens, earth tones and pastels to celebrate the rejuvenation of spring.