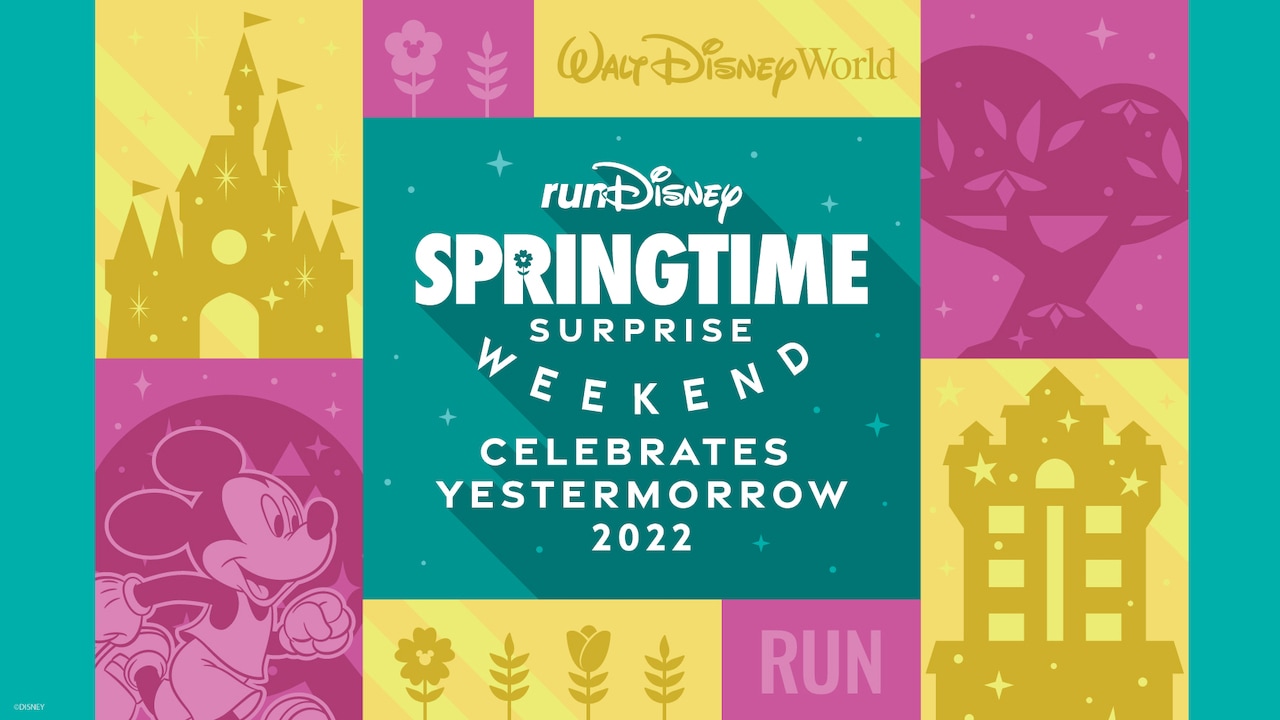 Today Walt Disney World Resort has announced the race themes for their Springtime Suprise Weekend which will run March 31 – April 3, 2022. Disney has said that runners will embark on a nostalgic four-day race weekend that will have them reliving wonderful past runDisney memories while creating new ones during the Walt Disney World Resort 50th anniversary celebration.

Runners who sign up for the Springtime Surprise Challenge, can test their endurance by participating in all three events – 19.3 total miles – and earn a special “challenge’’ medal while perhaps also reminiscing throughout the weekend.