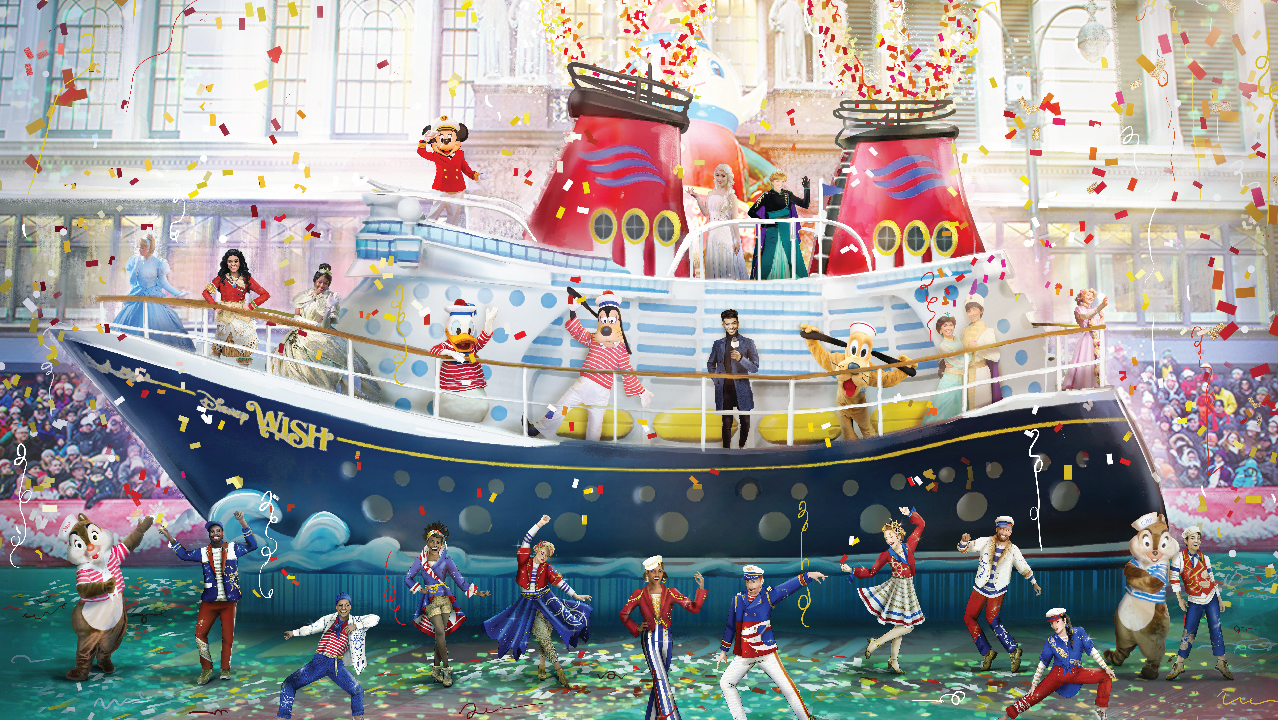 Today Disney announced that Jordan Fisher will perform an original Disney Cruise Line song called Together We Set Sail during the 95th Macy’s Thanksgiving Day Parade. Disney has said that this performance will be a celebration of togetherness and belonging because “no matter who you are or where you’re from” everyone is welcome on board the Disney Cruise Line fleet.

In addition to your favorite Disney pals, including Captain Minnie Mouse, Aladdin and Jasmine, Princess Tiana, Goofy and more, our imaginatively designed float will feature enchanting surprises and an amazing group of performers who represent the diverse crew members that bring magic to life at sea.

Top it all off with the Parade’s signature showcase of giant balloons and stellar lineup of entertainment, and this will be the ultimate kick off to your holiday season.

You won’t want to miss when Disney Cruise Line sets sail on the streets of New York City so be sure to tune in to the Macy’s Thanksgiving Day Parade on NBC-TV on Nov. 25 from 9 a.m. to noon in all time zones.