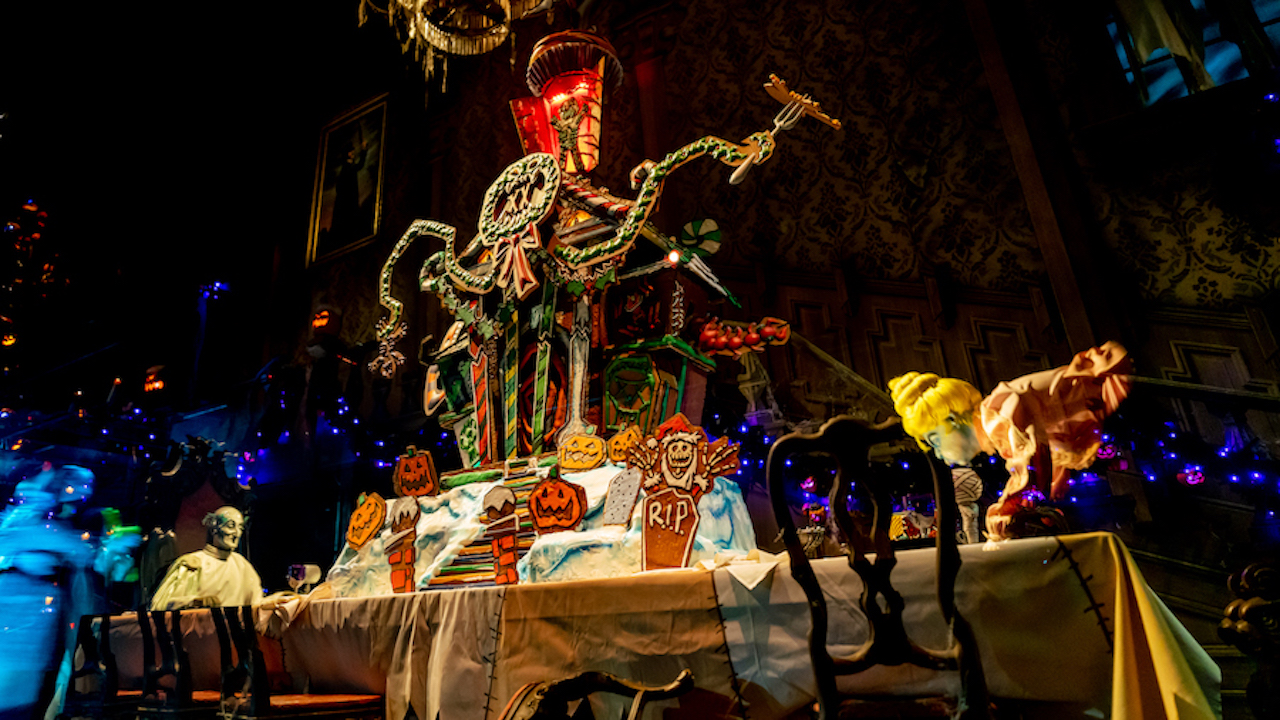 This year marks the 20th season that the estate receives a merry makeover, which is inspired by “Tim Burton’s The Nightmare Before Christmas.”

Not only do Halloween and Christmas collide, but two teams also collide to craft this gigantic creation in the mansion’s Grand Hall. Cast members from Disneyland Resort Central Bakery and Entertainment Technical Services collaborated for this year’s gingerbread house. For 2021, the team decided to pay homage to all previous houses in celebration of this beloved tradition’s 20th anniversary.

In the video below, you’ll get a taste of how the pastry chefs spent hundreds of hours baking and decorating the nearly 13-foot tall house from scratch. Then you’ll see how the technicians took over to move and assemble the five main pieces, where they were built onto the Grand Hall’s dining table — just in the “St. Nick” of time for you foolish mortals to enjoy.