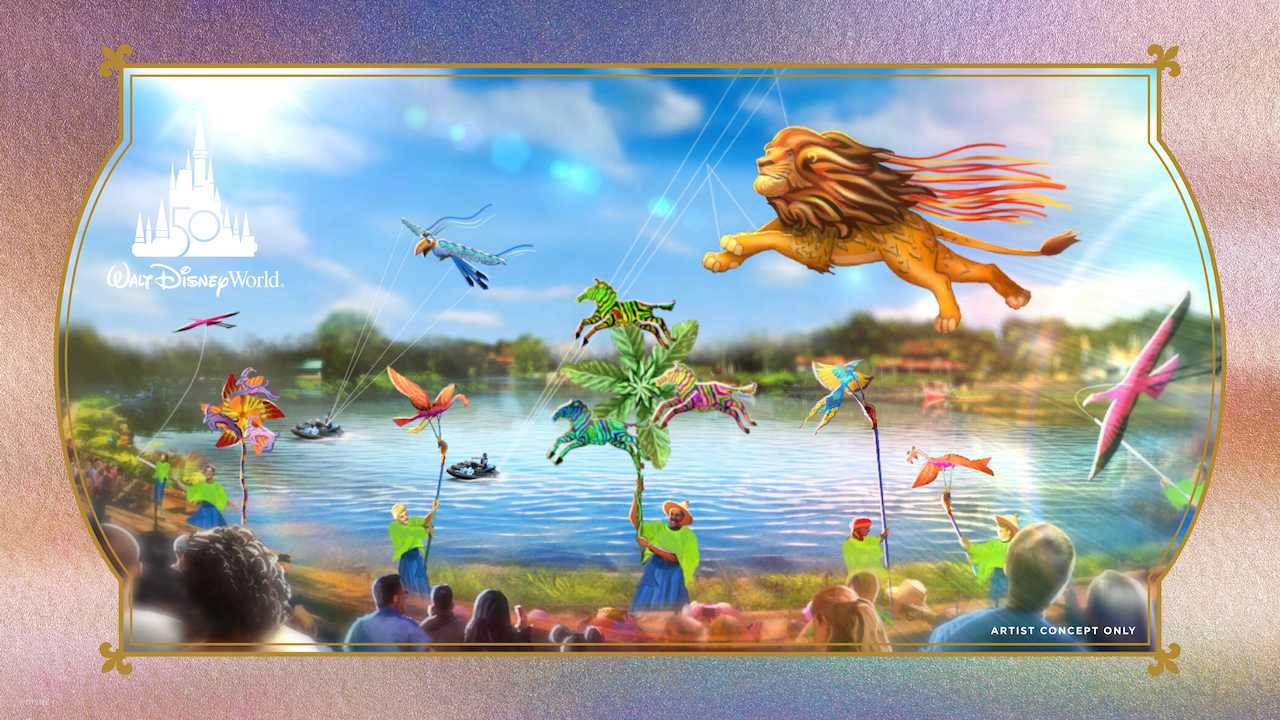 Disney has just given us a first look at some of the kites and other elements coming to Disney’s KiteTails on October 1, 2021. Disney KiteTails will take the magic of nature and Disney storytelling to new heights, immersing everyone in a gala performance of color and movement at Disney’s Animal Kingdom Theme Park. It’s all set to happen several times daily at the Discovery River Theater, near DinoLand U.S.A. You will see some of your favorite characters in kite forms from movies that you know and love. Original, worldbeat arrangements of favorite Disney tunes fill the air, and the excitement builds toward the launch of an impressive show of kites over the lagoon.

Watercraft zoom into view, pulling with them dynamic kite trains and enormous, three-dimensional kites depicting familiar characters from “The Lion King” or “The Jungle Book.” From one performance to another, you may see Baloo the bear dancing in the sky or Zazu the red-billed hornbill chasing after Simba. These remarkable kites, some as large as 30 feet in length, are inflated by moving through the air, allowing characters like King Louie or Timon and Pumbaa to soar like never before!

Make sure to head to Disney’s Animal Kingdom Lodge on October 1, 2021 to see Disney’s Kitetails.