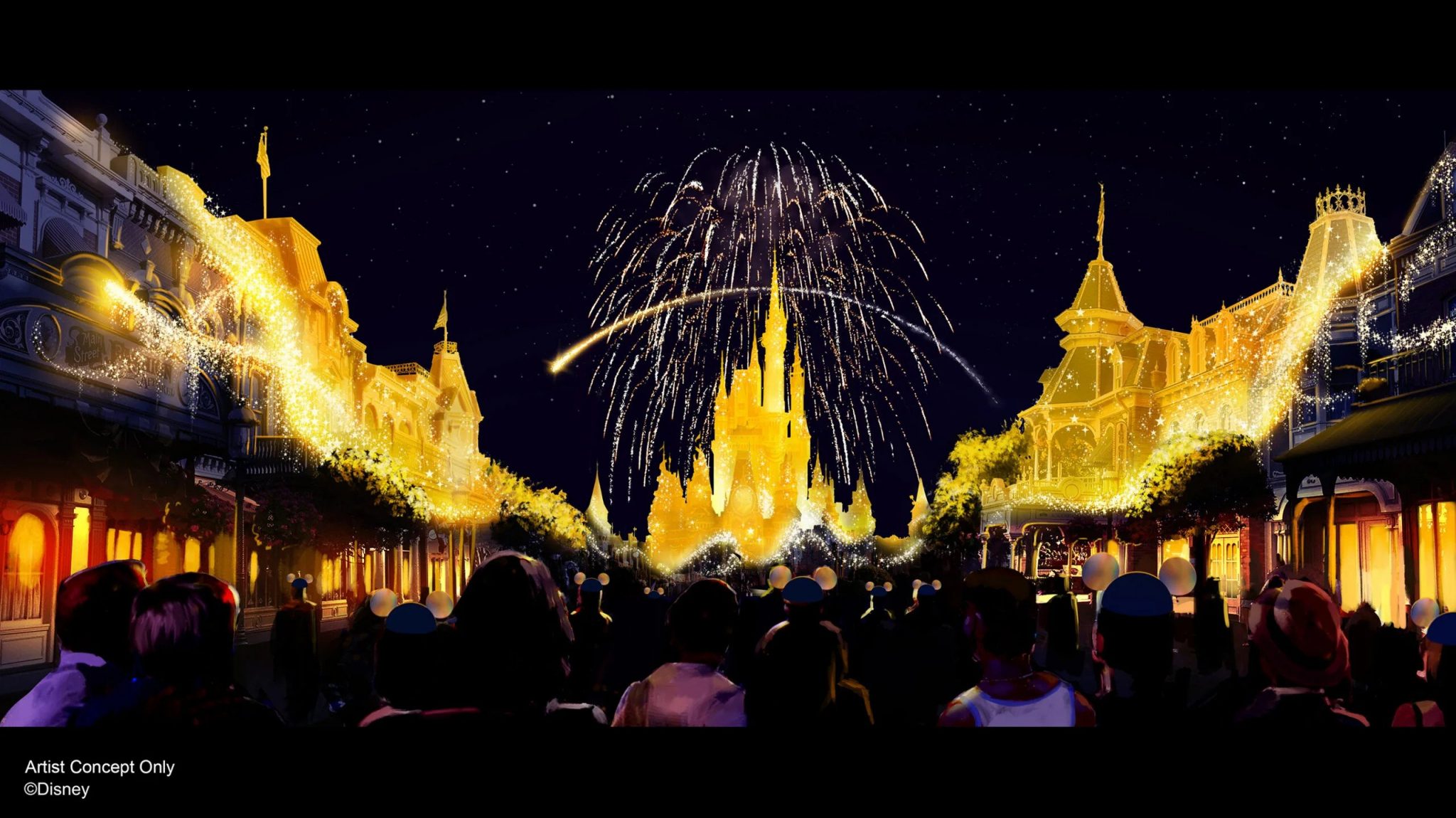 Today Disney has given us more details and concept art for Disney Enchantment which is coming to the Magic Kingdom beginning October 1, 2021. Disney Enchantment will have enhanced lighting, immersive projection effects that extend for the first time down Main Street, USA. It will also feature an original song, entitled “You Are the Magic,” by seven-time GRAMMY-winner Philip Lawrence. A

In “Disney Enchantment,” we join dreamers like Tiana, Miguel, Rapunzel, and brothers Ian & Barley from “Onward,” and we set out on an incredible journey with adventurers such as Moana, Raya, and Judy Hopps. Joe Gardner from Disney and Pixar’s “Soul” takes us into “the zone,” where we discover a whimsical world inspired by the style of legendary Disney artist Mary Blair and filled with beloved characters from classic stories like “Beauty and the Beast” and “Alice in Wonderland” to contemporary tales including “Luca” and “Wreck-It Ralph.” Everything builds to a climactic moment, as Tinker Bell takes flight, spreading shimmering gold pixie dust and empowering us all to believe in ourselves and the magic all around us.

“Disney Enchantment” features characters, moments, and music from dozens of Disney and Pixar animated films. The show takes us beyond the ordinary to a land of magic, where we’re swept up in a world of wonder filled with friendship, love and fun. Through it all, we’ll discover we only have to look within to find the power to believe and make dreams come true, because the magic was inside us all along!

“Disney Enchantment” debuts October 1 at Magic Kingdom Park as part of “The World’s Most Magical Celebration.” Keep reading Disney Parks Blog for more details about the show and all the other exciting things coming for the Walt Disney World 50th Anniversary Celebration!

Please Note dates and entertainment are subject to change based on health and safety measures.