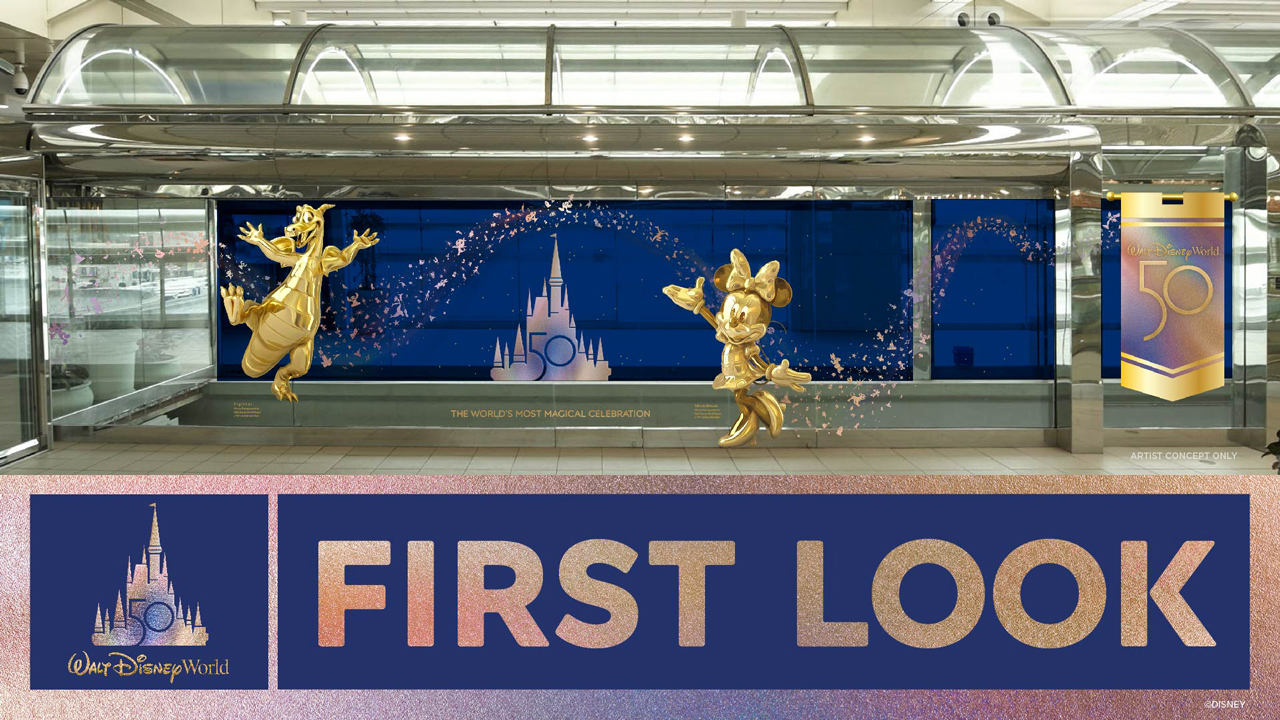 Today Disney announced that anticipation fills the air as we near “The World’s Most Magical Celebration” and prepare for this milestone moment at Walt Disney World Resort.

Coming just in time for the 50th anniversary celebration this fall, airport passengers will discover many exciting Disney touches, including a wide-spanning art installation in the terminal train stations featuring favorite Disney characters, new magic engaging passengers as they walk through a glistening glow of projected EARidescent light patterns, and an immersive photo opportunity with a re-creation of a Disney ride vehicle to capture special memories as they make their way through the airport.

As part of this special transformation at the airport, we’re excited to also be working with GOAA on a new Magic of Disney store location opening with the South Terminal Complex in 2022.

“Orlando International Airport and Walt Disney World share a commitment to the Central Florida community. We proudly recognize the outstanding accomplishment of our longtime partner as they celebrate this impressive 50th Anniversary milestone,” said Phil Brown, Chief Executive Officer of the Greater Orlando Aviation Authority. “Collaborating on a commemorative presence at Florida’s busiest airport means we get to be the first moment of celebration for guests flying into Orlando to be part of the spectacular fanfare.”

No matter how you’re traveling to Walt Disney World Resort for the 50th anniversary celebration, an experience like no other awaits you…because when you celebrate with us, nothing could be more magical.