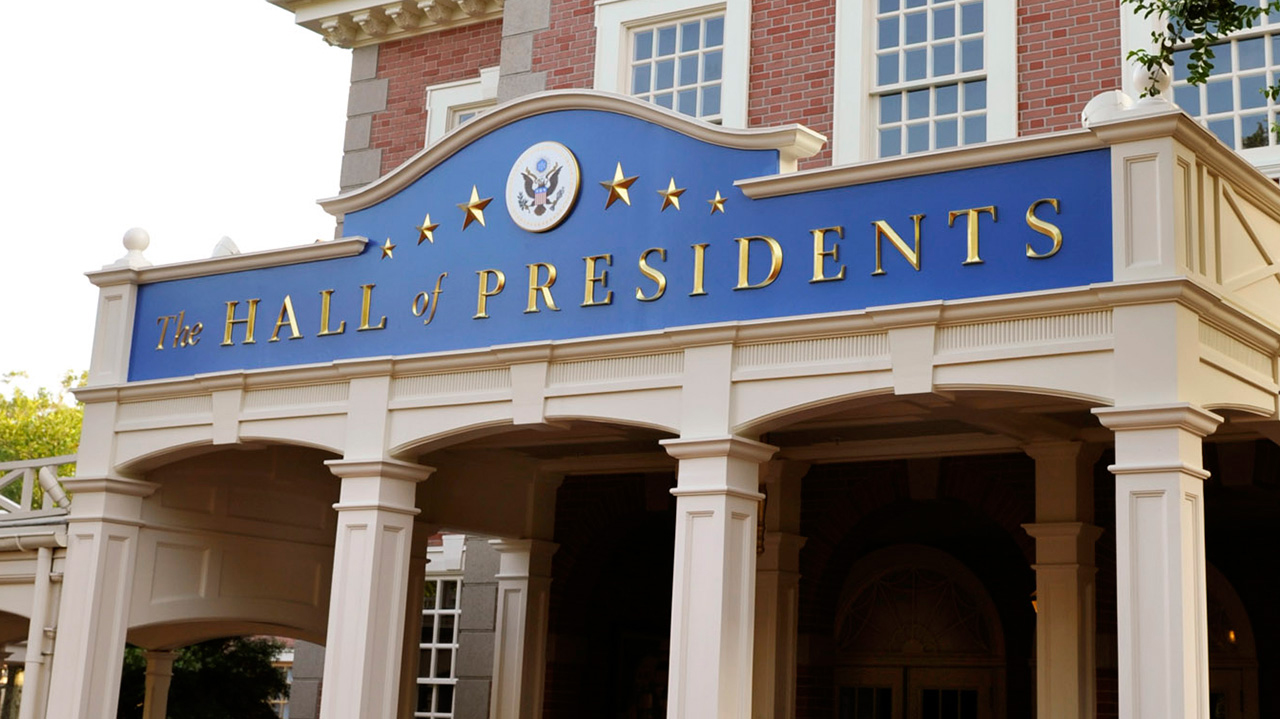 For the past few months, work has been underway to add President Joe Biden to the stage as the 46th President of the United States. As Disney Imagineers are putting the final touches on the show, which will debut to guests in August 2021.

Just as Walt envisioned, creative teams have been busy programming an Audio-Animatronics replica of the President, pairing it with a delivery of the presidential oath of office recorded at the White House by President Biden himself just for the attraction.

Next time you visit, you may notice the table next to President Biden is adorned with a few special items, each with their own significance to the President including peach blossoms to represent his home state of Delaware and a pair of aviators as a nod to his proclivity for the sunglasses.

And for those who are curious about what happens to presidents at The Hall of Presidents after their term has ended, the Audio-Animatronics figure of former President Donald J. Trump will take its place on stage among those who have previously served.