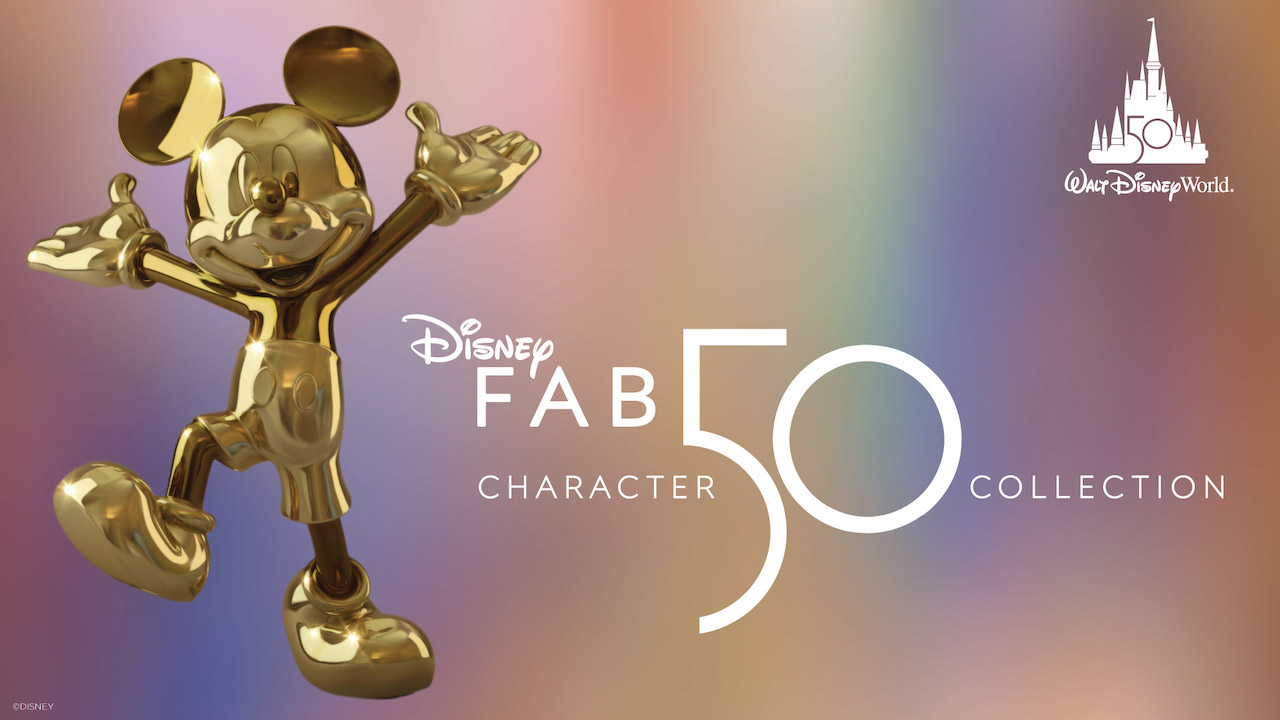 Disney has just released an up-close picture of the golden Mickey Mouse sculpture for the 50th anniversary Disney Fab 50 Collection. During the magical celebration, which begins on October 1 2021, you’ll be able to find these golden character sculptures throughout all four of the Resort’s parks.  And leading up to their appearances, friends from around the Disney company will be announcing which characters you can expect to see – starting today with Bret Iwan, the voice of Mickey Mouse.

The Mickey Mouse and Minnie Mouse sculptures are also being dedicated to Disney cast members of the past, present and future. Mickey is the first, and other character sculptures will be announced in the upcoming weeks by Disney friends, including Walt Disney World, Disney+, Pixar, Walt Disney Animation Studios, D23, Disney Channel, NatGeoTV, Disney Vacation Club and more.