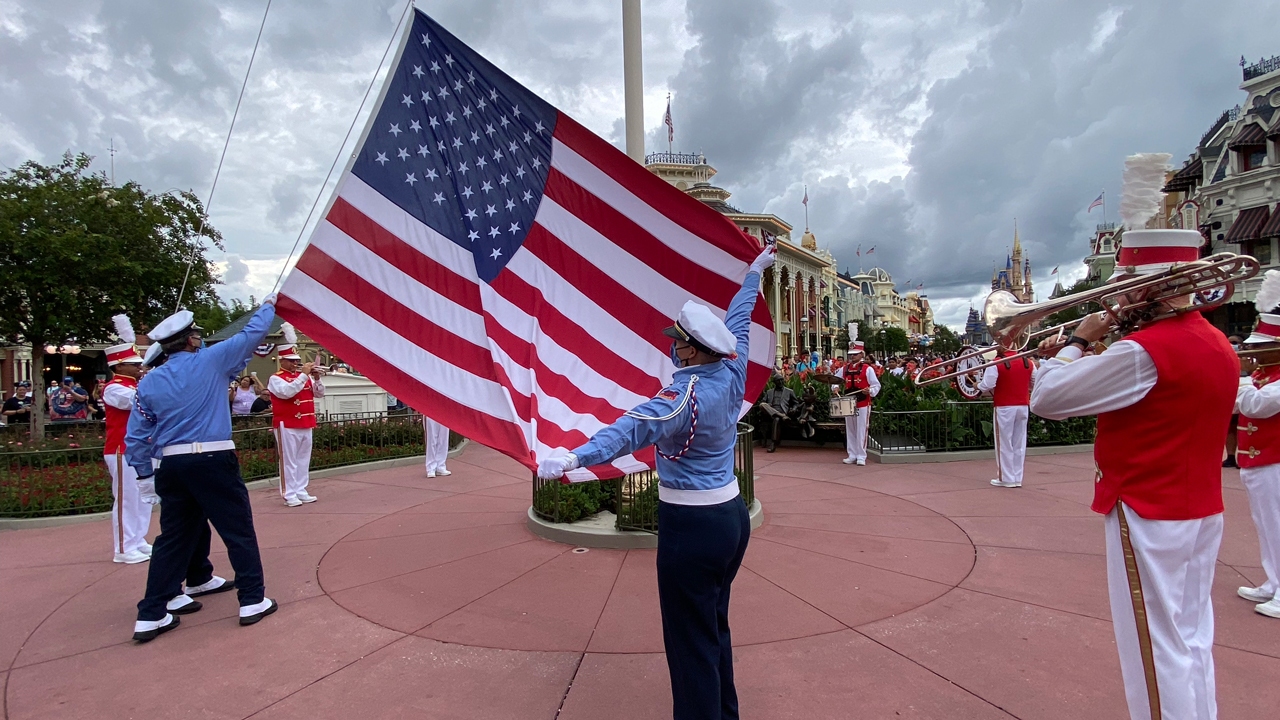 Happy 4th July Everyone. Today Disney announced that the Time-Honored Flag Retreat Ceremony is returning to both Walt Disney World and Disneyland.

The Magic Kingdom at Walt Disney World welcomed back their daily flag retreat on July 1 2021. As shadows grew long in the late afternoon in Town Square, many watched silently as a guest U.S. Air Force veteran joined members of Magic Kingdom’s security team to respectfully lower the flag and carry it in a processional down Main Street, U.S.A. The ceremony included the recitation of the Pledge of Allegiance, and the singing of “God Bless America” and the “Star Spangled Banner,” accompanied by the Main Street Philharmonic marching band.

Disneyland Park resumed their flag retreat ceremony when the resort reopened on April 30 2021.

The flag retreat ceremony occurs daily at both iconic Disney parks, so please check with Guest Services or the Times Guide for event timing and leave a comment below if you have a favorite memory from attending this special moment. At the Magic Kingdom, the ceremony will start at 5 pm EST and at Disneyland Park it will begin at 16.30 pm PST.

Please note that showtimes are subject to change.