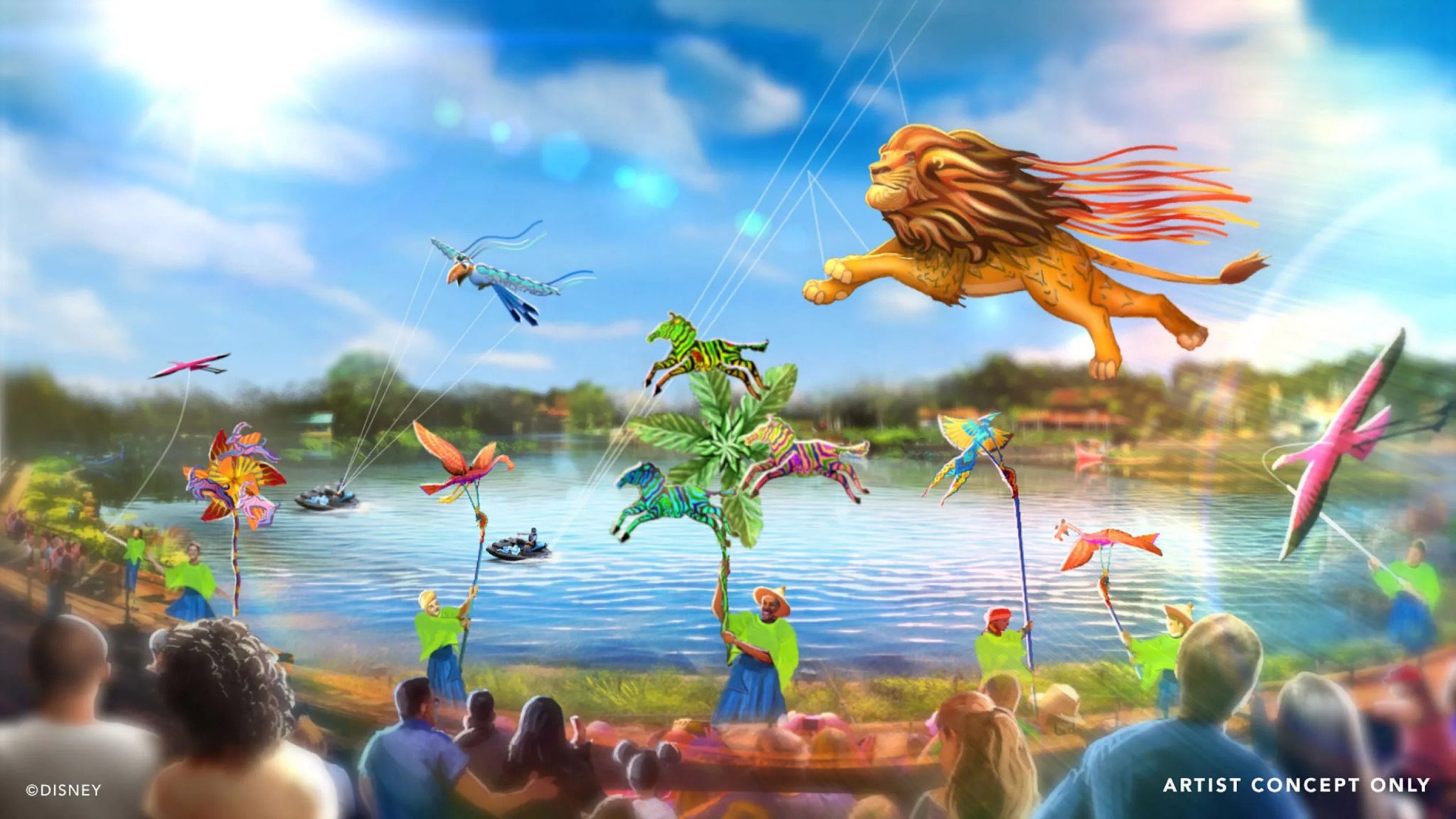 Walt Disney World has just announced that there will be a new daytime show coming to Disney’s Animal Kingdom Theme Park ready for the world’s most magical Celebration. The new daytime show will be called Disney KiteTails which will happen several times each day. Performers will fly windcatchers and kites of all shapes and sizes, while out on the water elaborate three-dimensional kites – some stretching to 30 feet long – will depict Disney animal friends, including Simba, Zazu, Baloo and King Louie.