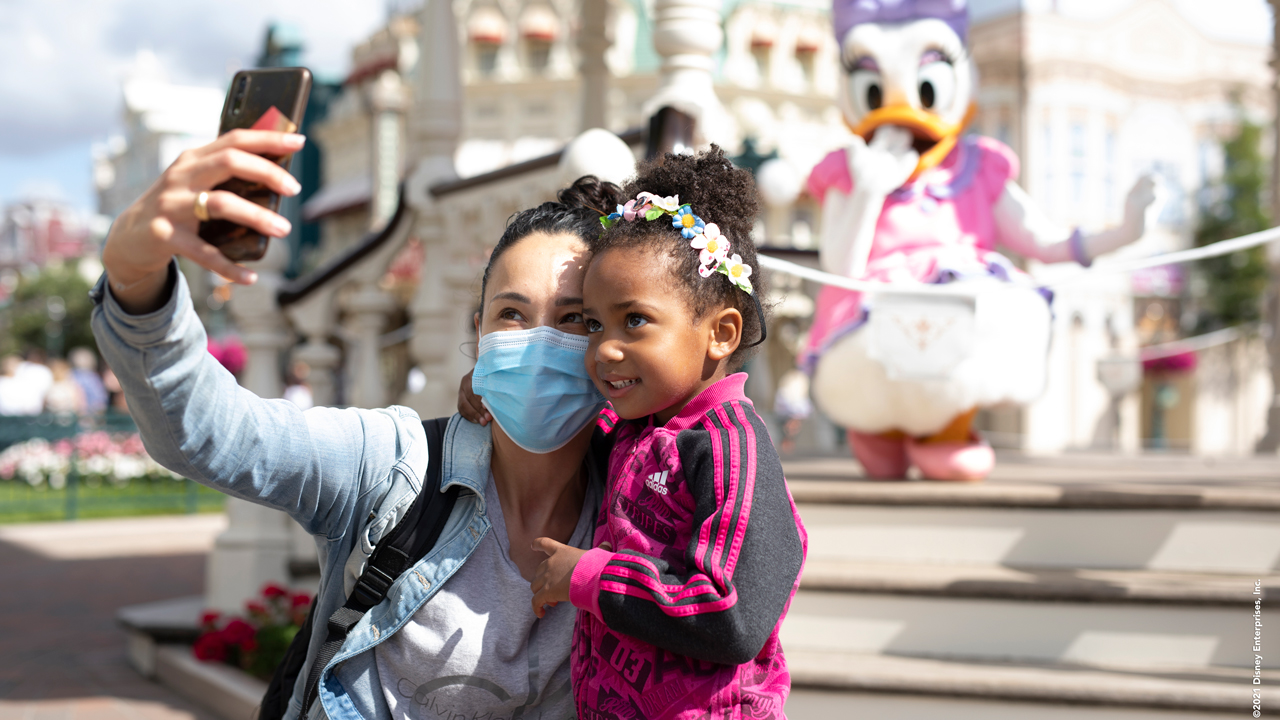 For the thrill-seekers in your group how about a ride on Star Wars: Hyperspace Mountain or the Twilight Zone Tower Of Terror or if you want to ride as a family how about a trip to Neverland on Peter Pan’s Flight or spin for some tea on the Mad Hatters Tea Party.

You will be able to reconnect with familiar friends with Selfie Spots and surprise appearances from favorite characters from Disney, Pixar, Marvel and Star Wars. New options like Star Wars Legends, a new galactic experience and The Cheshire Cat Express Train featuring friends from Alice in Wonderland will be added to both parks, while guest-favorite experiences like Mickey, Minnie & the Gang, Heroic Experiences with Marvel Super Heroes and Kingdom of Arendelle Enchanted Moments will return.

Guests who visit the Walt Disney Studios Park will be able to step into the world of Disney and Pixar’s Cars on the brand new attraction Cars Road Trip. Guests take the wheel on a Cars-themed road trip along Route 66, discovering local natural wonders like the World’s Largest Lugnut and the Cars-tastrophe Canyon; with popular Characters such as Lightning McQueen and Mater coming along for the ride.