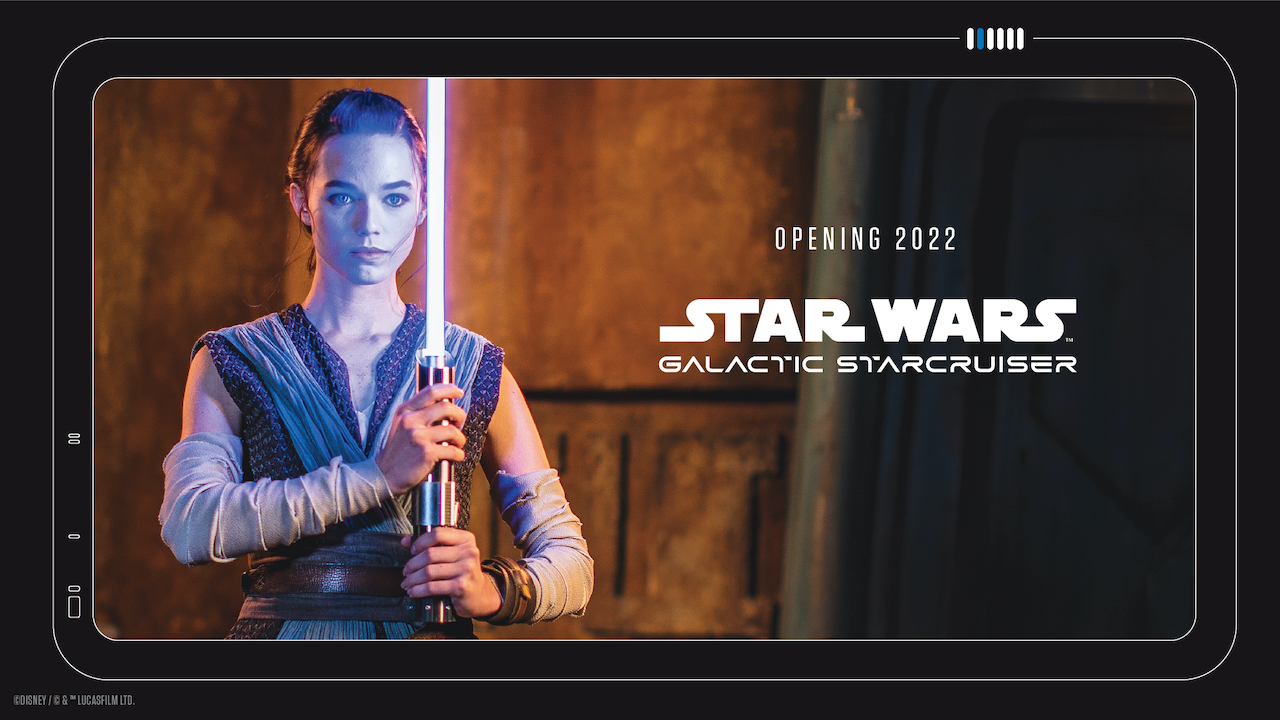 Star Wars: Galactic Starcruiser at Walt Disney World Resort will take you to a galaxy far, far away for an all-immersive, two-night vacation experience. What exactly does “all-immersive” mean? Well, in honor of May the 4th, here’s a little hint…

Disney has said that that in the video Rey is holding a new lightsaber created by Walt Disney Imagineering Research and Development. Guests who experience the Star Wars: Galactic Starcruiser will be among the first to see this new lightsaber in action starting in 2022.

Star Wars: Galactic Starcruiser terminal at Walt Disney World, where you’ll gather with fellow passengers before departing for your intergalactic destination. You’ll soon enter a special Launch Pod and leave your world behind as you make a hyperspace jump to a galaxy far, far away.

During your stay aboard this glamorous ship, you may interact with an eclectic group of characters both familiar and new, possibly including the starcruiser’s strong and charismatic captain, a plucky ship’s mechanic and a galactic superstar who can captivate an entire room with the crook of one jewel-encrusted purple Twi’lek finger.