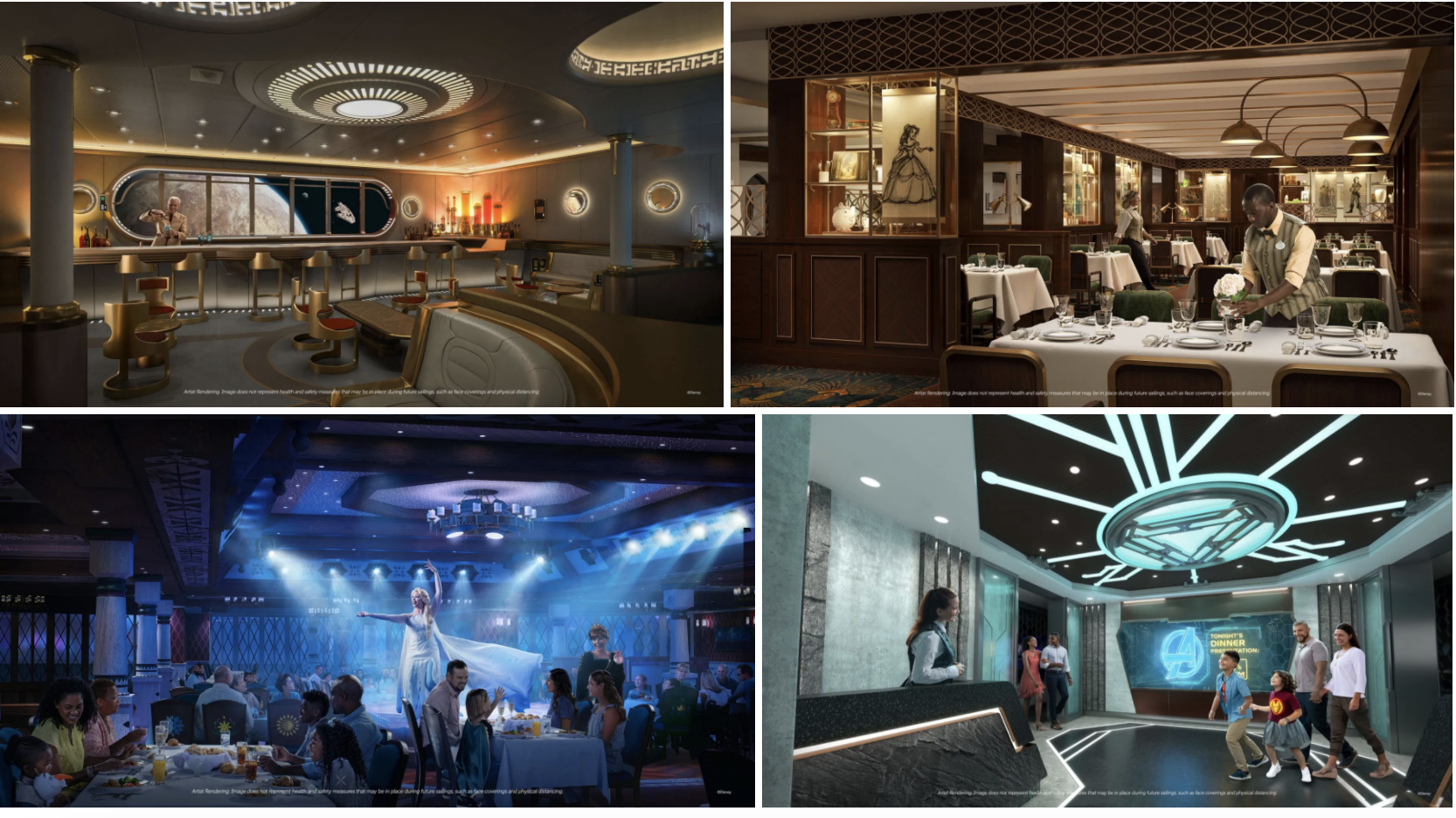 Today during the Disney Wish announcements disney announced that there would be 3 Family Dinning venues to visit whilst onboard and 2 of them are new to Disney Cruise Line. Disney offered more details on some themed dining experiences onboard the new ship. Here’s a rundown!

Arendelle: A Frozen Dining Adventure is a live entertainment dinner show where Elsa, Anna, Olaf and Kristoff will bring the story of Frozen to life in a way like never before with world class cuisine infused with a Nordic influences.

Worlds of Marvel is the first Marvel cinematic dining adventure, in which guests will play an interactive role in an action-packed Avengers mission that unfolds around them, complete with a worldly menu inspired by the Marvel Cinematic Universe.

Named for the year The Walt Disney Company was founded, 1923 is an elegant celebration of the company’s legacy, paying homage to the golden age of animation and offering a tasteful tribute to its Californian heritage. At 1923, guests will enjoy dishes designed with families in mind and inspired by the cultural flavors found throughout the Golden State.