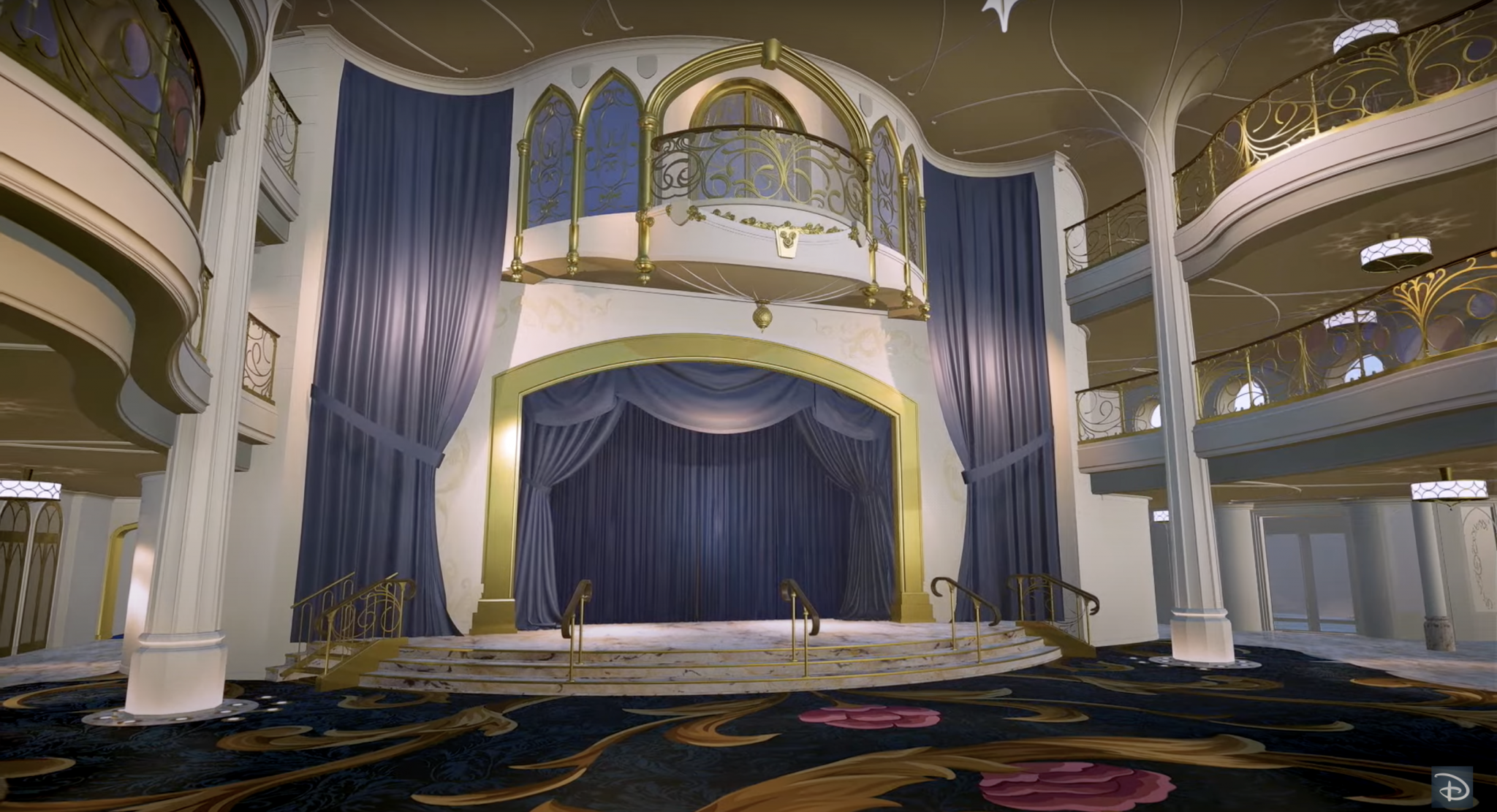 The Disney Wish will have 4 entertainment venues onboard. They will be called the Walt Disney Theatre, Grand Hall Stage, Luna and Hero Zone. Disney also said that there will be fireworks on the Disney wish too.

Located in the atrium at the heart of the ship guests will be able to experience fun surprises throughout the day.