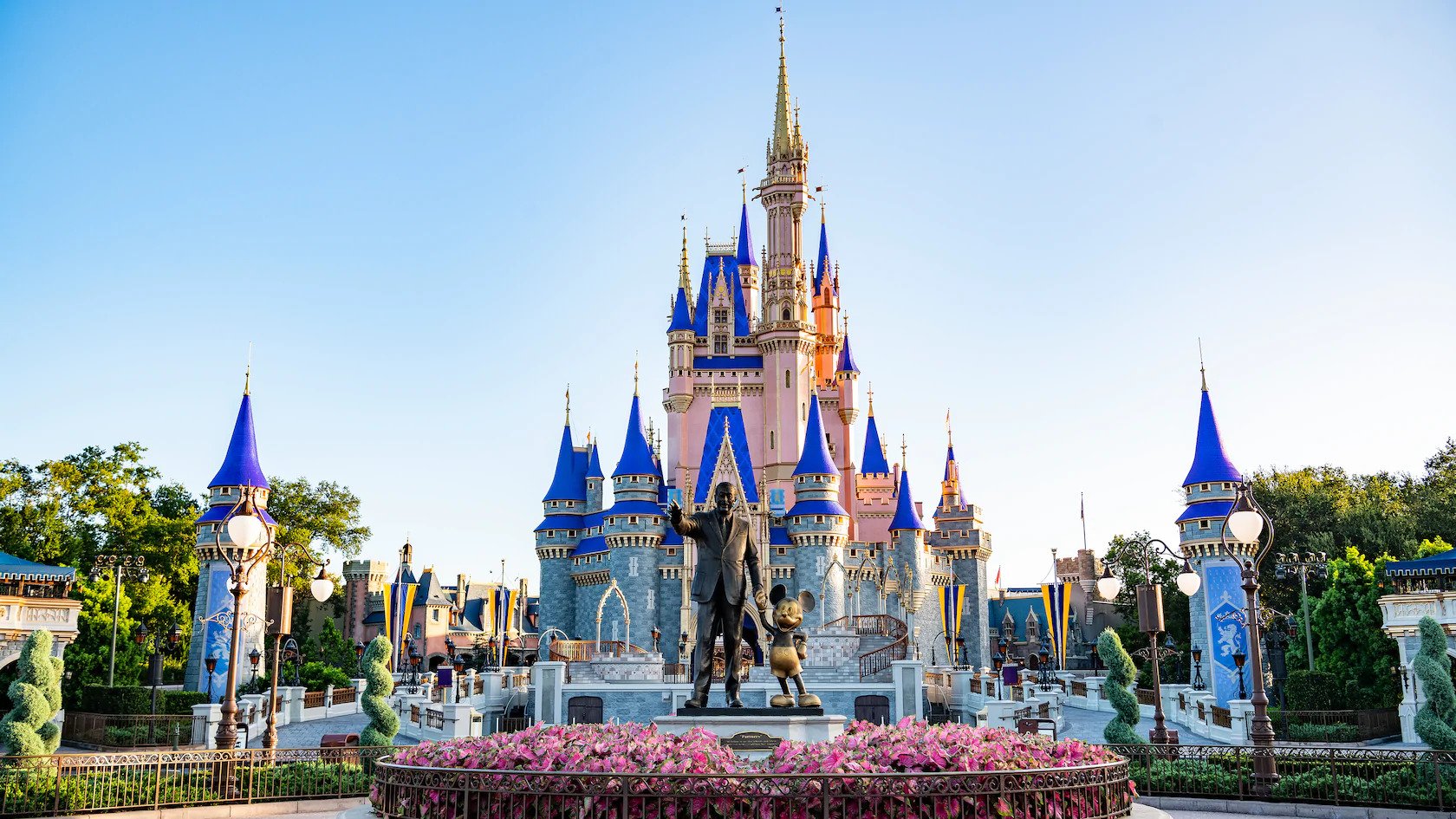 Below is the concept art for the Cinderella’s Castle repaint.

For the 50th anniversary Celebrations Disney has announced that Cinderella castle will get a new overlay that will feature some new castle decorations.

In 2020 Disney started to repaint the castle in a new rose gold colour and they also repainted the turrets on the castle a new royal blue colour.

Disney announced in Early 2021 that Cinderella’s Castle will receive some new EARidescent decorations to get it ready for the World’s most magical Celebration beginning October 1 2021.

Below is the Concept art for the 50th Anniversary castle.

Disney also released a concept art video showing what the castle would look like after all the decorations have been put up.

In late February Early March Disney began to add some new EARidescent bunting to the sides of Cinderella’s castle to get it ready for the World’s Most Magical Celebration.

Beginning in April 2021 Disney started to add Golden Ribbons to the turrets of cinderella’s castle starting with the two back side turrets then working there way forward then moving up to the higher level turrets.

In Mid April 2021 Disney Started to add some jewels to Cinderella castle which means we are getting closer to the castle overlay being nearly completed.