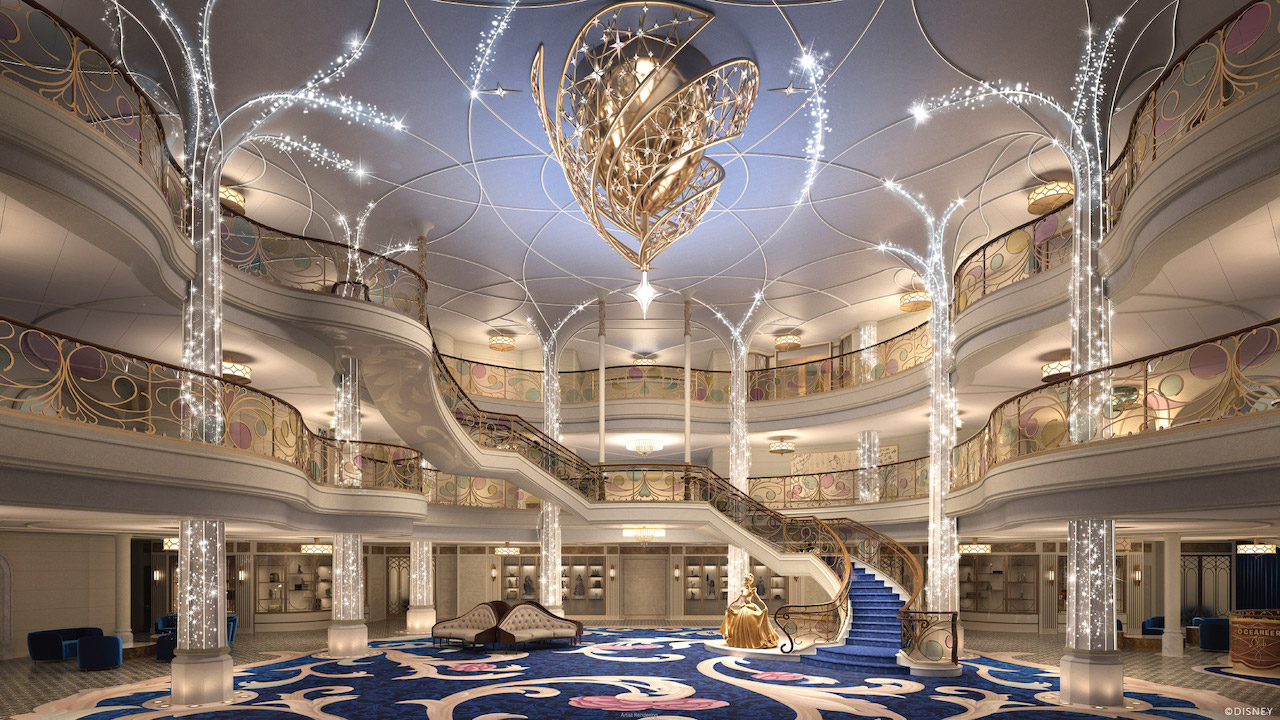 Earlier this week, Disney Cruise Line shared that their grand reveal of the Disney Wish is just around the corner on April 29. Enchantment is the special ingredient that brings the worlds of Disney films to such rich and vibrant life.

Take a look at the video below to see how the magic will come aboard on the Disney Wish.

An Enchanted Ship Designed with Character

The Disney Wish will continue to include the magic of the Disney Cruise Line and will incorporate elegant, classical exterior design — a tribute to the golden age of cruising — in the emblematic colors of Mickey Mouse.

The Grand Hall – Our Castle on the Seas

The spellbinding Grand Hall — a bright, airy and elegant space that will welcome guests as they first step on board — is the truest embodiment of the enchantment motif. Its fairytale castle-inspired design is touched with Gothic, Baroque and French Rococo influences that will give life to the columns, carvings, trimmings and adornments.

The Grand Hall is Disney Cruise Line’s castle on the seas, an enchanted realm where glittering trails of pixie dust climb majestic three-story columns, spill across the ceiling and animate the shimmering chandelier above with an effusive burst of magic. The chandelier is the manifestation of wishes come true – a swirling spiral of crystal gems punctuated with light, its crown jewel a wondrous wishing star.

At the base of a grand staircase, beneath the glow of the wishing star, will stand the personification of wish fulfillment herself: Cinderella. A pillar of The Walt Disney Company’s legacy, Cinderella’s story is the epitome of magic transforming wishes into dreams and dreams into reality. The beautiful bronze statue of this beloved and kind princess is just one of many tributes to her story in the Grand Hall’s design – others include railings that glisten with elegant stained glass in her signature colors, rich carpeting embellished with icons from the film, and sophisticated nods to her carriage and glass slipper in the delicate metalwork and light fixtures.

The Grand Hall will be the enchanted gateway to everything that awaits on board the Disney Wish: fairytale worlds, heroic challenges, epicurean indulgences, thrilling adventures, galactic encounters, peaceful escapes and so much more.