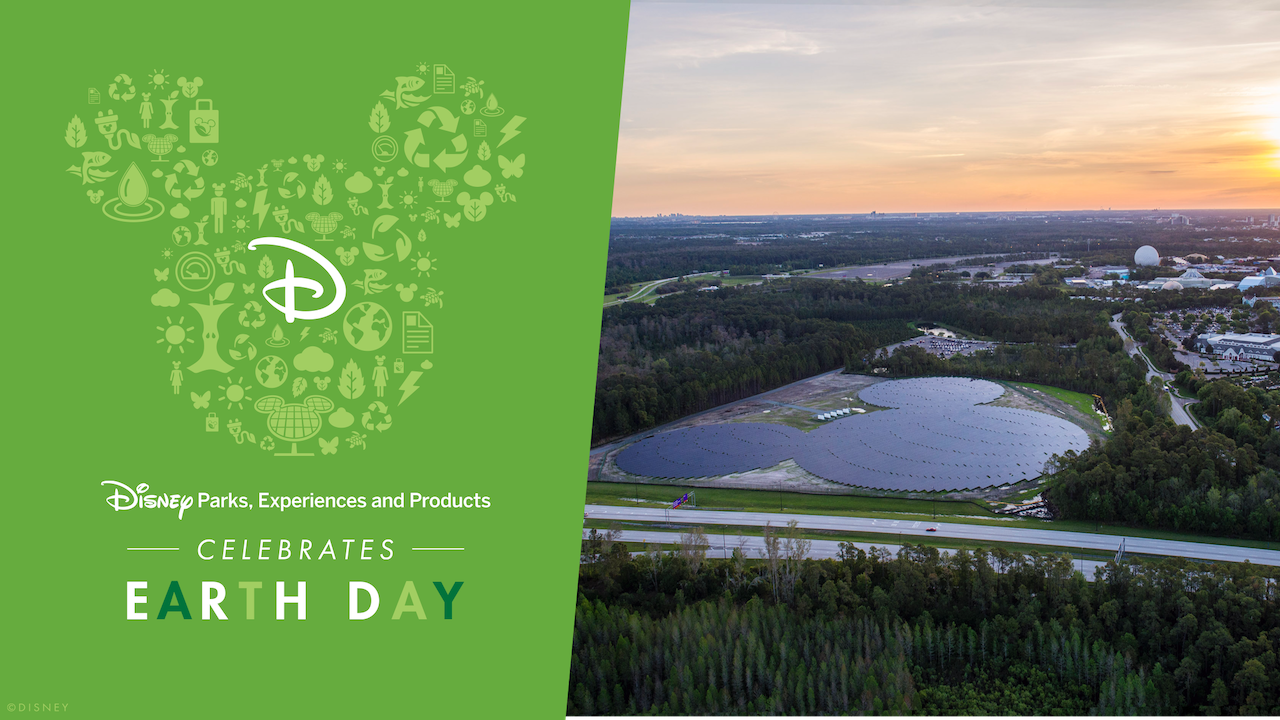 Today Disney Shared some images of the amazing work being done around the world to reduce their carbon footprint.

While using solar energy may not be a new concept, we are pushing the boundaries in our unique Disney way, including solar panels atop our most famous attractions at Disneyland Resort and Hong Kong Disneyland Resort and a solar farm in the shape of Mickey Mouse at Walt Disney World Resort. And coming soon are solar canopies at Disneyland Paris that will provide shelter for 9,500 guest vehicles, a facility that will power ~70% of Castaway Cay, Disney Cruise Line’s private island in The Bahamas, and two colossal solar facilities coming to Central Florida. To put all of this into perspective our Disney Parks, Experiences and Products solar portfolio around the world can produce enough energy to power eight Magic Kingdom Parks at Walt Disney World Resort.

Above is the solar farm that powers 70% of castaway cay.

Walt Disney World has been basking in the glow of the Sunshine State and using solar energy for several years, and today, Walt Disney World and Reedy Creek Improvement District (RCID) are teaming up with local utility partners in Central Florida to develop two new 75MW solar facilities, which are expected to come online in approximately two years.

At Disneyland Paris These solar canopies will provide practical and innovative use of 67,500 solar panels sitting atop an outdoor guest parking lot.

At Hong Kong Disneyland across 20 attractions and buildings, the park has installed over 5,000 solar panels.

Since 2009, Disney has operated under a long-term vision to reach net zero greenhouse gas emissions, and we’re just getting started. Our new set of ambitions goals commit us to achieve net zero emissions for our direct operations by 2030.