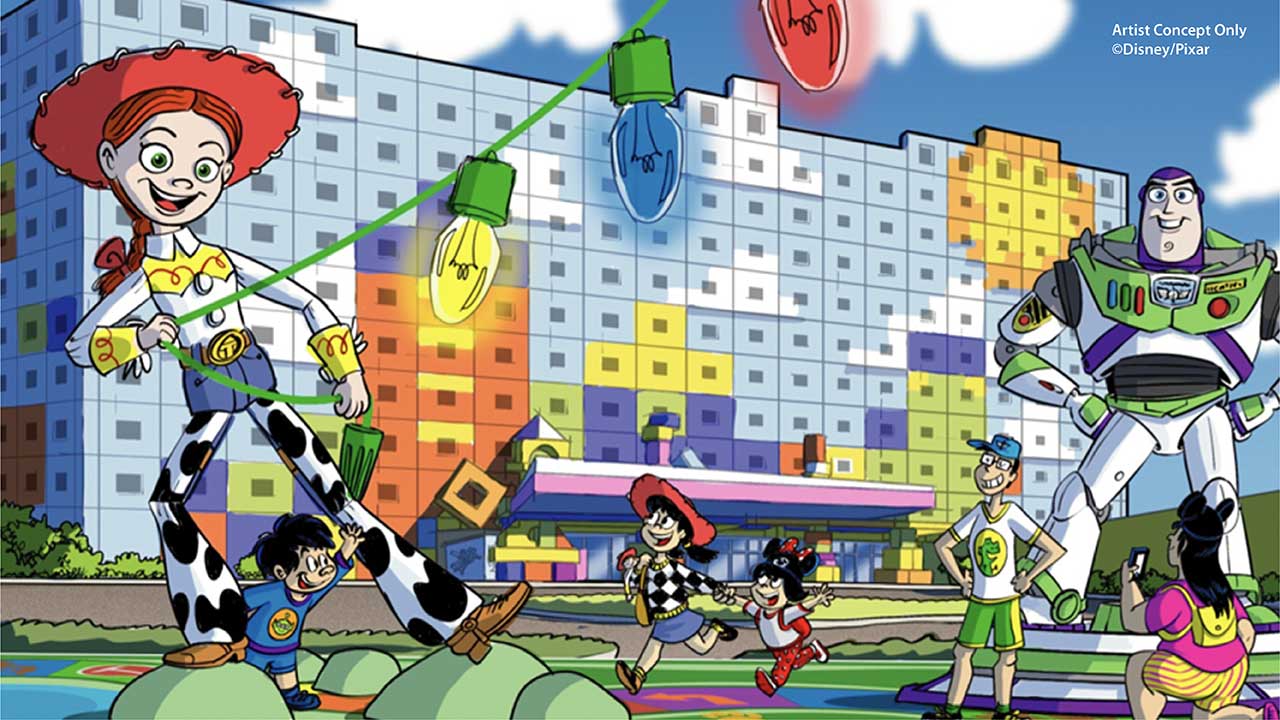 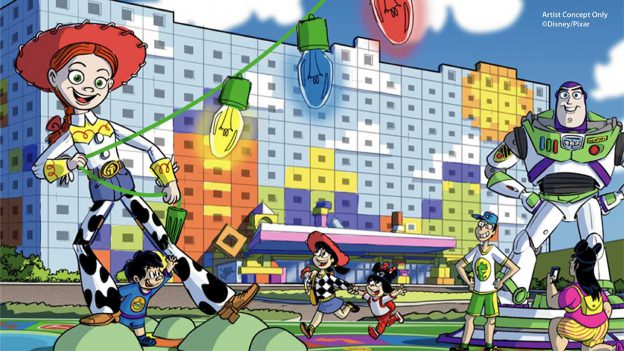 
Today Toyko Disneyland Announced that their new Toy Story Themed Hotel Will Be Called Tokyo Disney Resort Toy Story Hotel. This New Resort Hotel will have 11 floors with 595 Guest rooms. The hotels exterior and Lobby will be themed to the Disney And Pixar film Toy Story. This will be the 5th Disney Resort Hotel in Japan but the first Hotel that will be in the Moderate Value. The hotel will be located in front of the Bayside Station on the Disney Resort Line. This will give guests staying at this new resort easy access to both Toyko Disneyland park and Toyko Disneysea.