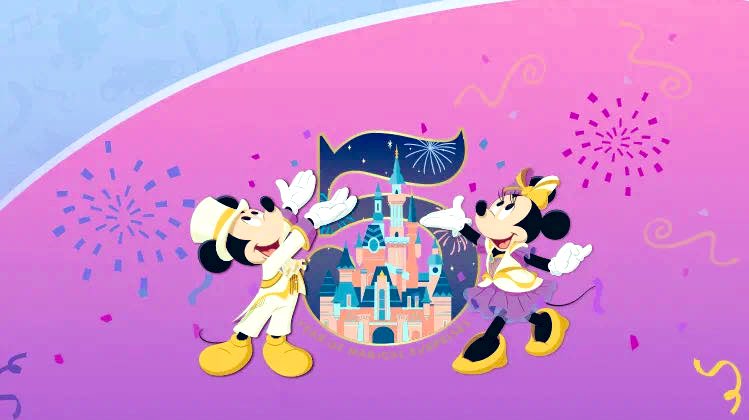 Shanghia Disney Resort has announced that their 5th Anniversary celebrations will being on April 8 2021 and have called it a Year Of Magical Surprises.

There will be a variety of exclusive merchandise will be available for the ‘Year of Magical Surprises’.

A Celebration for Your Taste Buds

There will also be all new Surprise menus which will offer new exclusive food items and new exclusive beverages in collectable surprise sippers plus an adorable popcorn buckets too.

They also announced that there would be a big birthday cake float made specially for our 5th birthday celebration will lead Mickey’s Storybook Express.

Mickey and Minnie will also be receiving new costumes for the 5th anniversary celebrations.

They also announced Up to four times per day, Mickey and Minnie, in their special birthday attire, will present the new Disney “Surprise!” Show on the Pepsi • E-stage in Tomorrowland. Along with unique Disney entertainment, selected guests will have an opportunity to spin the Disney Surprise Wheel to win bigger surprises.