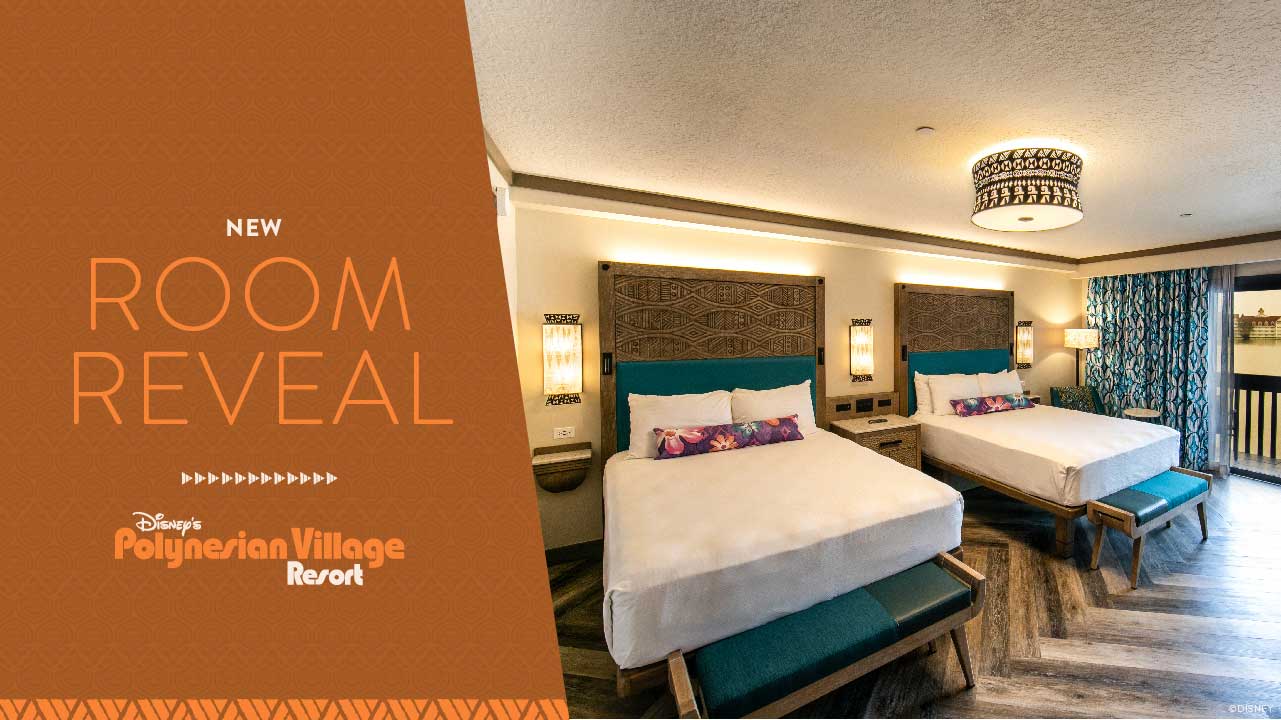 In the Photos below you can see a First look at the newly themed rooms at Disney’s Polynesian Village Resort.

These reimagined Rooms feature a new color palette inspired by the Pacific Ocean and its many islands, including details, patterns and textures from the Disney Film “Moana” – look closely and you might even spot some characters from the story!

Here you can see some of the art that will be inside this newly reimagined room which is showing a scene from the ‘moana’ Film. You can also see that there are moana characters hidden into the art on the wall to.

In the bathrooms, for instance, Disney Imagineers took inspiration from the sandy ocean colours for the tiles and carved details in the vanity. The colorful patterns found throughout the room bring a whole new energy to the space.

Disney’s Polynesian Village Resort is now accepting bookings for late July 2021, and the next time you pull up to the Great Ceremonial House, you’ll notice even more exciting changes we’re currently working on. The porte cochere is in the midst of a dramatic overhaul that will feature a high-pitched, open-truss roof covered in a thatch style with pops of color. Above the porte cochere, the Monorail station is receiving new wooden screens with tropical colors, adding to the open and airy vibe befitting of the South Seas.

Images and copy are from Disney