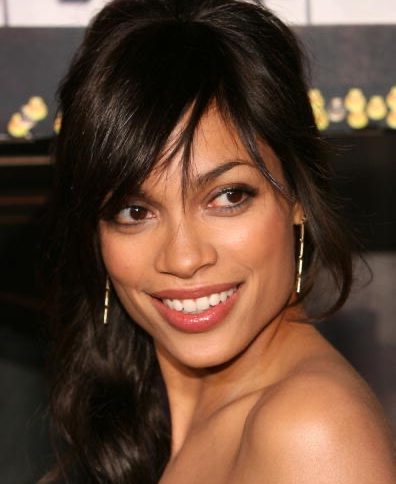 News media is a buzz with this amazing news. Rosario Dawson of Men in Black fame amongst other amazing roles in Rent, and Daredevil will be featured on Season 2 of the Disney+ hit show The Mandalorian or as my significant other says “The Baby Yoda Show”.

Rosario Dawson will appear as Ashoka Tano who has previously appeared on Star Wars Clone Wars and Rebels voiced by Ashley Eckstein. Ashoka Tano appears as a live action action character for the first time ever. Ashoka first appeared on the animated series Clone Wars. Ashoka Tano is the dark side turned Anakin Skywalker’s Jedi Padawan. She has her own adventures and becomes iconic in the Star Wars universe.

The Mandalorian is set 5 years after Return of the Jedi. This is the oldest iteration of the character we will see. I hope for a larger role and not a small 12 minute cameo as in the case of Ming Na Wen’s character Fennec Shand. It’s months away but hopefully we will see Season 2 of The Mandalorian sooner than the October release date. This is the Way!