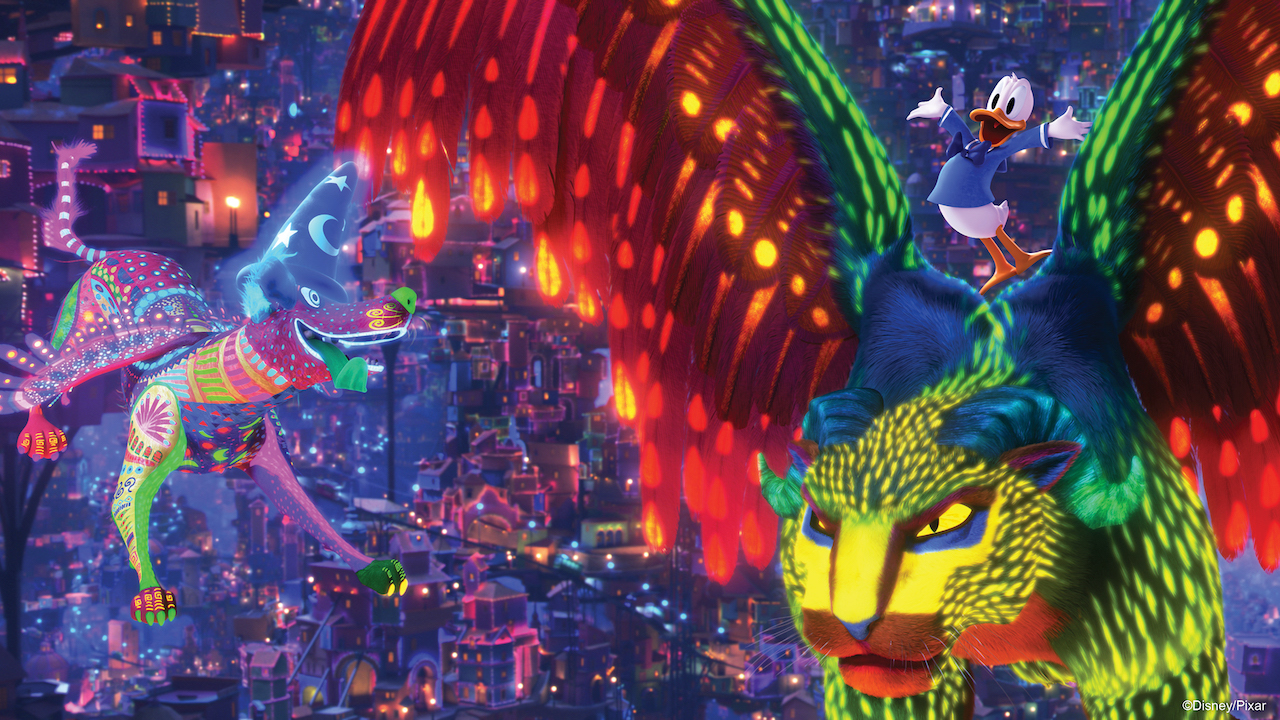 Disney has just announced that a brand new Coco scene will be coming to Mickey’s Philharmagic. Here’s the announcement:

We can’t keep this news under Mickey’s sorcerer hat much longer. Fans of “Mickey’s PhilharMagic” will soon be tapping to a new song with the debut of an animated scene based on Disney and Pixar’s “Coco.”

The musical number “Un Poco Loco” will anchor the new scene when it opens to guests at Disney California Adventure park and Disneyland Paris on July 17, before being added to Magic Kingdom Park November 12, 2021.

The film’s fun, upbeat music and characters combined with the humor of Donald Duck marks the first time Disney and Pixar animators have worked on a creative endeavor where characters from both animation studios will be seen together on screen.

Because music is such an integral part of the show, we were also fortunate to tap one of the film’s original composers – the world-renowned Germaine Franco – to produce a “Coco” score unique to “Mickey’s PhilharMagic.”

Guests will enjoy this new scene alongside all of the show’s current fan-favorite musical numbers. Now it’s time to put on those opera glasses and let the show begin!